Valentina has published over one hundred items: books, essays, articles, multi-media. Many are available to read, free of charge, at academia.edu. Her work has been featured, too, on a range of media — print journalism, radio, television, on-line — from The Sunday Times to Scots Radio, the Independent, Herald, Scotsman and The National, Radio 3, Radio 4 and BBC Scotland and the on-line Conversation.

Recent work includes Kitchen Conversations: The Story of Winchburgh told by its women (2019), the result of a community heritage project in West Lothian.

This tells the story of a former shale-mining town, at a crucial point in its history, based on workshops led and recorded by Valentina. The publication, for Winchburgh Community Development Trust, was supported by HLF’s  ‘Awards for All’.

The Kinmont Willie Sword and other Tales of Mettle (2018) was supported by the Society of Antiquaries of Scotland.

Linked to 2017 exhibitions at Dumfries and Annan Museums, it explores the story of a recently-discovered sixteenth century sword.

Valentina also delivered lectures on the sword, for the Royal Society of Edinburgh.

Valentina has published a number of ground breaking books. James Hogg: A Bard of Nature’s Making is volume I of the successful series on Scottish culture she edits for Peter Lang.

Robert Burns’ Merry Muses of Caledonia was the first volume to bring together Burns’s bawdy collection with a range of possible musical settings.

Other work includes Smeddum: A Lewis Grassic Gibbon Anthology and, with Andrew Nash, Gateway to the Modern: Re-situating J.M. Barrie. 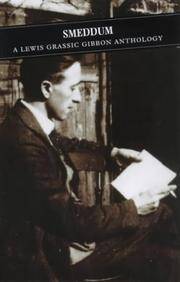 Valentina is equally comfortable in multi-media and on-line publications. Her pioneering CD-rom, Northern Folk, co-produced with Tom McKean, combines audio and video recordings with archival materials and artwork. Her article on J.M. Barrie, in the on-line Conversation, attracted over 42,500 reads.